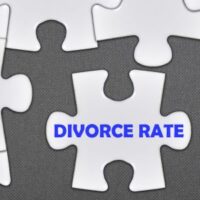 When you think of ways in which to decrease the risk of divorce in your marriage, you may think of things such as better communication, more honesty, and maybe helping out more around the house. What about increasing the minimum wage? Would that be helpful?

Research actually claims it is. Among couples earning low wages, increasing the minimum wage by $1 per hour had as much as a 15% reduction in divorce rates. The report, led by UCLA, analyzed the effects of states’ minimum wage increases on low-wage earners, particularly in the areas of marriage and divorce. The researchers analyzed data from 2004 through 2015 from two surveys. One is the Current Population Survey, a survey of approximately 60,000 households in populous areas. The other is the American Community Survey, a survey of approximately 300,000 households in all geographic areas.

When low-income couples get divorced, policymakers tend to think in terms of better communication skills. In fact, the federal government has allocated close to $1 billion toward such programs.

But this assumption has never been proven. While better communication can help many marriages, when low-income couples get divorced, there is generally one main factor: money. The common saying is that money can’t solve your problems, but when it comes to relationships, it actually can.

The results of the study showed that when states increased their minimum hourly wage by $1, divorce rates declined between 7% and 15% over the next two years among those earning minimum wage. Interestingly, increased wages also seem to delay marriage. The researchers found that a $1 per hour increase in a state’s minimum wage reduced marriage rates by as much as 6%. This means that younger low-wage earners who get raises and earn more money tend to delay marriage. But they don’t forgo marriage entirely.

Delaying marriage is good news overall. Wealthier people tend to marry later in life, and increasing the minimum wage brings the marital timing of low-wage earners more in line with this timing. This is beneficial, as marrying later in life often means marriages are less likely to end in divorce.

Relationships are easier when lives are easier. In poorer families, having more money makes life easier. This means policies need to focus on addressing income inequality rather than communication skills. Learning more about money and being able to obtain more money seems to be beneficial for family stability.

Money is a major issue in a marriage. People tend to downplay the effect of money, but it can do a lot of good overall. Good finances often make for stronger marriages, and raising the minimum can be helpful in this regard.

Whether you are considering divorce due to money matters or some other reason, Fort Lauderdale divorce lawyer Edward J. Jennings, P.A. can help. Our effective representation will help you get the outcome you desire. To schedule a consultation with our office, call 954-764-4330 or fill out the online form.