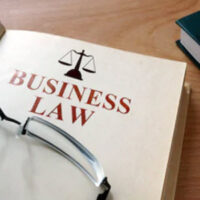 Every company has its own trade secrets. These secrets may be customer information, recipes, formulas and procedures that help a company develop products and services. They include information that, if another company were to get a hold of them, would put them at an unfair advantage.

That’s why stealing trade secrets is a business tort. An individual or company who purposely steals information from another company in order to profit can face serious legal consequences.

This was the case for popular hair care brand L’Oreal, who stole trade secrets from a startup company.  A federal jury recently ruled in favor of the startup, Olaplex LLC, and L’Oreal is forced to pay the company $91.4 million.

L’Oreal is accused of breaching a contract, stealing the California-based startup’s trade secrets and infringing on two patents on a system that protects hair during the bleaching process. The jury also found that L’Oreal’s acts were intentional, which is why the damage award was so high.

Olaplex and L’Oreal first met in 2015, when L’Oreal was considering buying Olaplex. Olaplex claims that L’Oreal stole product information from what meeting. L’Oreal, on the other hand, claims that it developed the products on its own. It created a use for critical acid in August 2014.

In late June, the judge ruled that L’Oreal’s products had infringed upon two patents. However, the jury had to decide whether or not the patents were valid. Also, did L’Oreal steal the trade secrets? Did the company break nondisclosure agreements relating to the trade secrets? The jury decided that the answer to all three of these questions was yes.

In 2018, L’Oreal reported more than $30 billion in sales. The product lines in question involve a three-step hair protection system. They accounted for $3.7 billion in sales, or 12% of the company’s revenue.

Olaplex has no physical store, conducting all of its business online. The company employs fewer than 30 people. Olaplex does not advertise much, but has seen much success through word of mouth. The company quickly built a following with its core products, which strengthen and reconnect protein bonds in the hair during the bleaching process. The products were launched on the company’s website in June 2014 after they were used by top hair colorists.

This caught the attention of SalonCentric, which is owned by L’Oreal. The company noticed the buzz about Olaplex on social media and tried to steal the two scientists who invented the hair care product. The scientists, however, decided to stay put. They had started selling their product in a garage, pouring the product from five-gallon buckets into small bottles.

Stealing trade secrets can severely harm a company. They can lose out on revenue and see their customer base decline.

Don’t let another company ruin your business. Get the help you need from Fort Lauderdale business torts lawyer Edward J. Jennings, P.A. He can help you file a lawsuit against the other party and recover the financial damages you suffered. To schedule a consultation, call 954-764-4330 or fill out the online form.