Are States On Their Way to Implementing Pet Custody Laws? 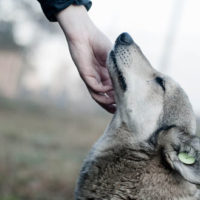 According to the CDC, the U.S. fertility rate is at an all-time low, with only 59.8 babies born per 1000 women in the first quarter of 2016. At the height of the baby boom, the numbers were double that. However, just because people are having babies less does not mean that their paternal instincts are going away. Rather, instead of directing them at tiny humans, they are directing them at four-legged friends, specifically dogs. More and more couples are adopting dogs and spoiling them as they would a child of their own, which is great for them! However, unlike with children, states view dogs as property, which means that in a divorce, the dog will be given to one party or the other—not both. For new generation families, such as decision could be heartbreaking. Well, that may be about to change.

Wisconsin was the first state to propose the implementation of pet custody laws, and while that bill never did pass, it set the precedence for other states to follow. As of January 1, 2018, Illinois is the second state to implement pet custody laws, with Alaska being the first last January. In both states, divorce court judges are required to take into consideration the best interests and wellbeing of the pet, which gives the judge the right to assign sole or joint custody as they see fit. The new laws even leave room for the possibility of “pet support,” or monetary support for the pet.

Why “Pets as Property” Might Not Cut it Anymore

Until recently, all divorce courts treated pets as another piece of property. Some courts would grant ownership of the pet to whichever parent had the children more often, while others would determine that the pet should stay with the primary caretaker. However, in a world where people are having children less, and in which it is common for two pet owners to share equal pet-rearing responsibility, such “property division” techniques do not work. The courts could try to get one parent to “buy out” the other’s share in the pet, but most pet owners today are not likely to stand for that, given they view their furry loved ones as children and not lawn ornaments or pieces of furniture. States like Alaska and Illinois recognize this and are willing to work with pet owners, but what about the others?

Unfortunately, the truth of the matter is that the court systems are already overwhelmed as is, without adding pet custody to the mix. In an ideal world, pet parents would be able to work out an enforceable shared visitation schedule for their pets without causing a drain on the system, but in an ideal world, they would be able to do the same for their children. Unfortunately, we don’t live in an ideal world, and just like many child custody cases often turn into battles, many courts perceive the same thing happening with pet custody cases. As of right now, with the legal system as it is, many states do not have the resources to oversee pet custody hearings, much less enforce visitation schedules and pet support payments.

Your Options for Retaining Custody of Your Pet in Florida

Though Florida is one of those states that does not have the resources to deal with pet custody judicially, that does not mean that you and your spouse cannot work out an agreement between yourselves. If you and your spouse own one or several pets together, and if neither of you can imagine getting along without your furry friend(s), you may want to consider drafting a pet custody agreement between yourselves that lays out a viable custody arrangement. This agreement is a legal contract, and though it is unenforceable by the family courts, if notarized, it can be enforced like any other legally binding contract.

At the office of Edward J. Jennings, our goal is to help divorcing couples through the dissolution of their marriage as effectively and painlessly as possible. If that means helping you draft a pet custody agreement, that is what we will do. Schedule an initial consultation with one of our skilled Fort Lauderdale divorce attorneys by calling our office or requesting an appointment online today.