Can Arguments About Chores Lead To Divorce? 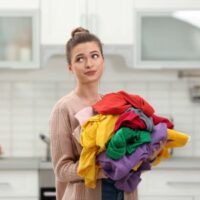 You’re constantly nagging your husband to clean up his messes and do the dishes. Your wife never takes out the trash, instead allowing the trash can to overflow.

Many married couples fight over household chores. This is especially true when one person feels as though they are doing most (or maybe even all) of the work while the other spouse watches TV, plays video games, or hangs out with friends.

Relationships have a thing called “exchange-orientation.” What this means is that one spouse is quietly taking notes about their spouse’s ability to carry their own weight. Basically, they are keeping score. For example, they may be mentally noting that they did the dishes five times last week, while their spouse only did dishes twice.

Just because your spouse doesn’t discuss your inability to pull your own weight doesn’t mean that he or she isn’t frustrated with your chore habits. Spouses tend to keep score in the following ways.

Marriage should be a 50/50 partnership, so it’s not uncommon for couples to keep score and feel as though their spouse isn’t pulling their weight. This can create resentment and lead to divorce.

If you are considering divorce, Fort Lauderdale divorce attorney Edward J. Jennings, P.A. can provide you with the representation you need to get a favorable outcome. Call 954-764-4330 or fill out the online form to schedule a consultation.