Can Rapists Get Child Custody in Florida? 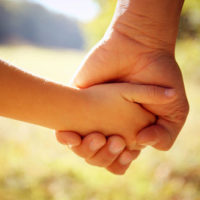 When a child’s parents are married, child custody is typically not an issue. When parents split up, they will often decide on custody themselves or have a judge decide if they cannot come to an agreement.

But what happens if a woman is raped and becomes pregnant? Can the rapist petition for custody of the child, even though the child was conceived without the woman’s consent?

You may assume that the answer is a resounding “no,” but you would be wrong.  Believe it or not, a man’s parental rights are not automatically taken away if he rapes a woman. You can thank the 14th Amendment, which states that all biological parents have the right to parent their children. Rape is not considered an exception.

This means that it is up to each individual state to create laws regarding rape and child custody.  In 2015, Congress passed the Rape Survivor Child Custody Act. This authorizes the U.S. Attorney General to give grants to states that pass laws terminating the parental rights of men who father children through rape.  The “clear and convincing evidence” standard must be used to determine whether or not the father committed rape.

In the United States, rape results in around 30,000 pregnancies every year. It is believed that approximately 37% of women choose to keep the babies. Therefore, thousands of women every year could be facing their rapist in court over child custody, making a traumatic event even more devastating.

Florida had no laws preventing rapists from seeking child custody of their children until 2013. Analyn Megison drafted her own bill after she was raped in 2003 and faced a legal battle in 2010 when her rapist, who was never convicted, requested child custody of the child he conceived. Megison, a lawyer, created a bill, which was passed in 2013. The law allows for the low standard of “clear and convincing evidence” in order for rapist’s parental rights to be terminated. She also created the Rape Survivor Child Custody Act, which President Obama signed into law in 2015.

Women who are raped and become pregnant have several options. Most choose to abort the child. Women can opt to do so without the rapist’s consent. Adoption is also an option, but since the rapist is legally the father, he can stop any adoption attempts. Keeping the baby is also an option, but the woman faces the possibility of legal battles over custody for the first 18 years of her child’s life.

While parents have a right to custody of their children under the Constitution, those who commit rape should not be afforded this right. While some states have no such laws in place, Florida fortunately does.

If you are dealing with child custody issues, Fort Lauderdale child custody attorney Edward J. Jennings, P.A. can help. He will make sure you are adequately represented. To schedule a consultation, call 954-764-4330 or fill out the online form.