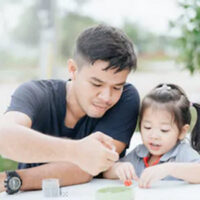 You and your husband are divorcing and there are minor children involved. You feel good about the child custody situation because, after all, you are their mother. You raise them, care for them, and pretty much do everything for them. While their father is involved in their care to some degree, it pales in comparison to what you do.

While the mothers got primary custody of their children in the past, things have changed in the 21st century. In the past, it was presumed that children needed their mothers more than they needed their fathers. Given that women are the primary caretakers in a majority of households even today, that still rings true.

However, there is a growing number of men who are opting to stay at home with their kids while Mom works. Therefore, fathers are being seen as important in the realm of parenting. SO nowadays, it’s not uncommon for parents to have shared joint custody of children in the event of a divorce. In fact, some courts recommend it and use it as their standard unless the best interests of the children say otherwise.

So if you are divorcing with children, the question is no longer “Who gets the kids?” Instead, you need to ask the other parent how you can best work together to raise your children in the best way possible while parenting under two roofs.

Why Things Have Changed

Decades ago, when couples divorced, the children stayed with Mom unless there was a good reason for them not to. Fathers were allowed to visit, typically every other weekend. That’s because, back then, the primary job of the mother was caretaker. For the father, the primary role was working and earning money. That was the gender stereotype back then.

Plus, the reasoning was that children had just one primary attachment figure, and that was their mother. But studies show that this is no longer true. Children can actually have multiple attachment figures in their lives, including both parents, grandparents, other family members, close friends, nannies, and maybe even teachers. This is good for children, so because of this, it’s preferable that children develop strong bonds with both parents, if possible.

While there are more young families trying to balance work and parenting responsibilities, there is still the idea that mothers are the “real” parents and fathers are nothing more than “accessories.” This may be true in many relationships, but the reality is that the courts want the children to have strong relationships with both parents.

Child custody has changed over the years. Research shows that children benefit from having both parents in their lives, rather than staying full-time with their mothers.

Therefore, if you’re a father looking to share custody of your children, you have a good chance. Learn more about your options by contacting Fort Lauderdale child custody lawyer Edward J. Jennings, P.A. We’ll be there to fight for your legal rights. Schedule a consultation by calling 954-764-4330 or filling out the online form.