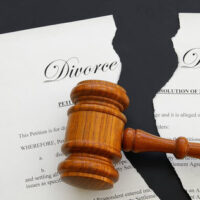 You may think you’re well aware of the divorce statistics. Half of all marriages end in divorce. Most divorces occur later in life. Children of divorce are more likely to divorce.

While these statements may seem true, they’re actually not. Whether or not you’re married, you’re likely to hear many statistics about divorce and you’re likely to believe them. However, it’s important to know the truth about divorce so you can be prepared for the obstacles you may face in your own marriage.

It’s no longer true that the divorce rate is at 50%.  The rate is currently at 39%, so while the number of divorces is dropping, you should still be aware that your marriage could be at risk.

Is a person whose parents have been divorced more likely to face divorce themselves? Not necessarily. In fact, staying in a marriage just for the children’s sake can backfire. When couples stay together but fight a lot, they cause more damage to their children than divorcing. According to studies, couples who fight a lot would be better off divorcing, as high conflict is worse than divorce.

With gray divorces on the rise, you may think that the average age of divorce is older, like in one’s 40s or 50s. In fact, 60% of first-time divorces tend to involve those between the ages of 25 and 39, with 30 being the average age of divorce. However, the group most likely to get divorced are African-American women in their 50s. Asian women between the ages of 25 and 29 are least likely to get a divorce.

If a divorce does occur, men are more likely than women to remarry. Only 30% of men who had been divorced or widowed did not want to marry again. This is compared to 54% of women.

What you may not know is that alcohol use can be a factor in a divorce. The issue is not so bad if both spouses drink the same amount. However, if one is a heavy drinker and the other drinks very little or not at all, the risk of divorce increases dramatically. In fact, if only one spouse is a heavy drinker, nearly 50% of married couples will end up divorcing. When spouses drink the same amount, that percentage decreases to 30%.

When children are involved, mothers are more likely to get custody. More than 80% of custodial parents are mothers. Approximately 50% receive child support. The average amount is $430, although this can vary based on the parents’ incomes.

There’s a lot of misinformation about divorce, so it’s helpful to separate the myths from facts. A divorce should never be taken lightly, so make sure you are well-informed about the process and know what to expect.

Fort Lauderdale divorce attorney Edward J. Jennings, P.A. can guide you through your divorce. Get the help you need for a less stressful process. To schedule a consultation, fill out the online form or call 954-764-4330.