Florida Parents Sue Catholic School For Not Being Anti-LGBTQ 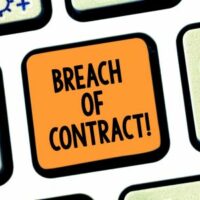 When you think of breach of contract, you may think of a contractor taking a client’s money without performing a remodel or a client not paying a company on time. But what if a child does not receive the type of education the parents expected from a school? Could that be a valid claim?

A Florida couple will soon find out. The parents are suing a Catholic school for teaching students about various topics that they thought should be off limits, such as human sexuality, pregnancy termination, and LGBTQ issues.

In June, the parents filed a lawsuit with the Hillsborough County Court. They are claiming that the Academy of the Holy Names in Tampa has led their two children astray because it is not a true Catholic school. Now they want a refund on their tuition and donations, including the $1.35 million they gave to the school four years ago.

According to the lawsuit, the school breached its promises to provide the couple’s minor children with a Catholic education in return for tuition and fundraising. The couple’s two children had attended Academy of the Holy Names in Tampa for the past six years. While the older child just graduated, they pulled out the other child due to “ongoing issues,” including their claim that the school wasn’t anti-LGBTQ enough.

For example, the parents claim that the school teaches how to be a good ally to LGBTQ+ individuals, even though these teachings are supposedly not in line with mainstream Catholicism. The lawsuit contains pages of emails from other parents complaining about the school’s lack of homophobia. One parent even accuses the school of being abusive by being too progressive.

The couple has listed 13 counts against Academy of the Holy Names in Tampa, including breach of contract and fraud. The school, administrators, and the Florida Catholic Conference (the agency that has accredited the school) have all been named as defendants.

The parents are asking for more damages in more than $1 million based on tuition and donations. They claim they have suffered harm to their reputation due to the school’s actions. They are also asking for the school to stop calling itself a Catholic school.

Breach of contract can happen for many reasons, but is suing a school for teaching students about respect and various societal issues a valid reason?

Do you have a claim for breach of contract? If so, seek legal help from Fort Lauderdale business litigation lawyer Edward J. Jennings, P.A. We can review contracts and help you understand the rights and obligations of all the parties involved. Schedule a consultation today. Fill out the online form or call 954-764-4330.