How Important Is Similarity In A Marriage? 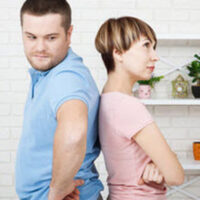 As the saying goes, opposites attract. But do they really? And when they do, how do these differences in personality traits and beliefs affect a marriage?

They can, to some extent, but probably not as much as you think. When you think about who you plan to marry, you might want someone who is similar to you in some ways. That’s why many people meet their spouses while in college. Or maybe you hang around people who have the same interests as you. If you’re online dating, you may actively look for romantic partners who share the same interests as you rather than try to deal with differences.

There are five main personality types, called the Big Five:

However, these personality traits cannot accurately predict how compatible a couple is or how long their marriage will last. That’s because when compared to strangers, the similarity scores of married couples are only slightly higher. In fact, being someone’s partner raises the likelihood of having a similar personality trait by only four percentage points, which isn’t much at all.

The areas where there were likely to be similarity between the spouses were political views and religiousness. The correlations were around 0.60 between partners’ values in these traits. What this means is that if people were split into left, moderate, and right based on their political orientation, both partners would hold similar views in more than half of couples (roughly 53%). The same holds true for religious beliefs.

Because 33% of strangers would be similar by chance, being someone’s partner raises the chance of having the same religious and political beliefs by 20 percentage points. This is not surprising, considering that it can be challenging to live with someone who has strongly held beliefs in these areas—and you don’t share them. However, there are many couples who are different when it comes to religion and politics.

While it’s good for you and your spouse to have some things in common, especially when it comes to important things like politics, religion, and long-term goals, you don’t necessarily have to be alike. It’s good to have some differences, and it can even be fun.

However, too many differences and not enough similarities can sour a marriage, especially when there is a lack of communication. If you are considering a divorce, contact Fort Lauderdale divorce lawyer Edward J. Jennings, P.A. We can help you end your marriage in the best manner possible. Fill out the online form or call 954-764-4330 to schedule a consultation.