How To Avoid A Painful Divorce 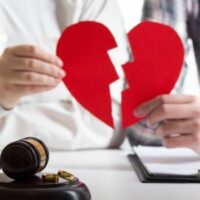 The coronavirus has led to many effects. People have been laid off from their jobs, leading to issues with finances and relationships. This has caused a surge in divorce cases.

While divorces are often the result of anger and resentment, couples need to be careful to put these feelings aside and work together, especially if they have children. There are right and wrong ways to divorce. When couples constantly fight, children catch on to this negativity, causing them to suffer physical and emotional effects.

While the media may portray divorcing couples as extremely angry, hostile, and at each other’s throats in court, most divorces actually don’t go that route. Most divorces settle outside of court because couples try to be amicable. Couples can choose how they want to divorce, so they should choose to avoid pain, anger, and bitterness. By carrying around all this anger, all they do is hurt themselves.

This anger, if left unresolved, can carry over into subsequent relationships. This can lead to more breakups and divorces. The pattern just repeats itself.

While anger is a natural part of a divorce, it needs to be dealt with before moving on. Find ways to let out this pent-up anger. Play music at high volumes. Punch something. Yell. Write down your thoughts in a journal.  Seek counseling. There are many things you can do.

By purging your feelings, you make the divorce process easier. You become more rational and more likely to get a good settlement. You also feel better about moving on, so you don’t delay the proceedings and increase legal fees.

If you have kids, you want to maintain a good divorce even after the divorce has been finalized. Instead of ignoring or  badmouthing your ex-spouse, maintain positive communication. This will not only make the relationship better, but it will also be healthier for the kids. Kids feel less anxiety, depression, and aggression when their parents can get along.

Kim Kardashian and Kanye West are in the midst of a divorce. While they have said that they want to co-parent their four children peacefully, that does not appear to be the case so far.  The two communicate solely through security. When the kids go from one house to another, Kardashian and West don’t even speak to each other. This mindset can be harmful for the kids.  It can also lead to a long legal battle.

Ending a relationship is never easy. There will always be some struggles. In the end, though, it’s always better to be an adult and communicate.

While divorces are not typically happy affairs, there are things you can do to reduce the bitterness involved and try to get along with the other party, especially if children are involved. Don’t be selfish; think about the kids.

Get help with communication and post-divorce matters from Fort Lauderdale divorce lawyer Edward J. Jennings, P.A. He can help you understand the divorce process. Schedule a consultation by filling out the online form or calling 954-764-4330.