Is Your Partner Gaslighting You? 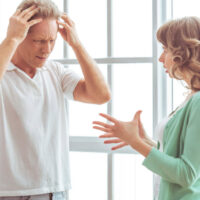 “Gaslighting” has become a popular term in recent years. People tend to use the term when they are being emotionally abused by their partner. While gaslighting is a form of emotional abuse, it’s much more complicated than that.

Gaslighting is a form of control. Abusers use it to make their victims question their sanity. The problem is that many victims don’t realize it’s happening until it’s too late. A person should not stay in this type of relationship. They need to identify the gaslighting and leave. Here are some common phrases and situations they should look for in their marriage.

The person will say or do something abusive and then claim that it never happened. The abuser creates their own reality, making the victim question their own. They become convinced that the abuser is telling the truth, which creates a sense of dependency.

“You Have a Bad Memory”

This phrase is along the same lines. It’s trying to convince the victim that what they think happened isn’t really true. They end up doubting themselves, and when a person feels as if they cannot trust their own memory, they will instead trust their abuser—which is, of course, exactly what the abuser wants to happen.

Again, the goal of the abuser is to make their victim question their sanity. They will say things like this to make it sound like the victim is the one who is wrong and everyone else is right. In this case, the abuse may also gaslight their partner’s family and friends as well, making them feel as though they are also crazy. This situation is particularly common in romantic relationships where the man is gaslighting the woman, mainly because society often depicts women as more irrational than men.

“You Should Have Known How I Would React”

Gaslighting is a form of emotional abuse that can make a person question their reality. This can be a frustrating situation for the victim; they need to get out the relationship as soon as they can.

Fort Lauderdale divorce lawyer Edward J. Jennings, P.A. can help you move on from a bad relationship. Get the tools and advice you need to start a new life on your own. To schedule a consultation with our office, call 954-764-4330 or fill out the online form.