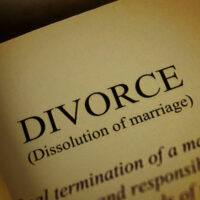 As a general rule, nearly half of all marriages end in divorce. However, there are some areas of the United States where divorces are more common than others. But why?

Religious communities tend to have lower divorce rates, while states that have lenient laws regarding divorce are more likely to have more divorces. Florida is known for having high divorce rates. Of the top 25 cities with the highest divorce rates, eight of those cities are in Florida. That’s likely because Florida is a no-fault state.  In order to divorce, all a couple has to do is claim that their marriage is irretrievably broken.

Ending a marriage is not usually a complicated process in Florida, but there are some exceptions. In a contentious divorce, there could be issues involving asset division or child custody.

You can divorce with less stress if you have the right legal help on your side. Contact Fort Lauderdale divorce attorney Edward J. Jennings, P.A. today. He and his team can resolve your issues with their experience and compassion. Schedule a consultation by calling 954-764-4330 or filling out the online form.