Reconciling With An Ex-Spouse 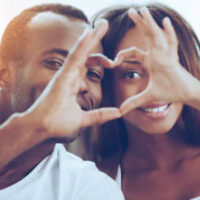 You may think you’re done with your wife or husband. You can’t stand them anymore. You’ve thought long and hard and think divorce is the best option.

But are you really sure? Research shows that as many as 15% of divorced couples reconcile after divorce. That’s a pretty big number. And of those, 6% will actually remarry.

But why? Why would you go through the time, drama, and expense of a divorce, only to remarry the same person? Some couples decide to work on their issues. They realize that they still have feelings for each other and want to work things out.

While many people are happier after a divorce, not everyone is. Some have regrets and wish they were still married.

But getting remarried does not necessarily mean a lifetime of love. Of those who remarry, 30% will end up getting divorced a second time. But this is still better than the second-marriage divorce rate of more than 60%.

Why Do Couples Get Back Together?

After the drama of a divorce, why would a couple decide they still have feelings for each other? Couples sometimes realize too late that they want to work on their problems. They have identified them and now want to resolve them.

There are many problems that can be resolved with couples therapy and a lot of effort from both parties. Problems such as lack of intimacy or financial stress can make couples reconnect. Problems such as substance abuse, neglecting, and loneliness are a little harder to overcome but are doable if both parties are willing to put in the work.

However, couples need to be focused on making a change. Without effort or commitment, the problem will continue to resurface and plague the marriage once again.

Here are some things to consider:

When most people divorce, they want to get the other person out of their life. However, some couples realize that the grass is not always greener. They truly love each other and want to reunite.

If you divorce, will you regret it? Maybe, maybe not. Seek legal help from Fort Lauderdale divorce lawyer Edward J. Jennings, P.A. and we’ll help you sort out your feelings. Schedule a consultation today by filling out the online form or calling 954-764-4330.