Tips For A Healthier Divorce 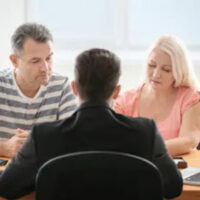 When you think of divorce, you probably think of a nasty battle between two people. Sometimes that’s how it goes, but it doesn’t have to be that way. It’s always a good idea to try to make things as amicable as possible, especially if you have children involved.

Many spouses seek revenge on each other, which is heartbreaking. While nobody really wants a divorce, sometimes it is the best option for all involved. Divorce should be a collaborative process in which everyone works together.

A healthy divorce is less stressful, less time-consuming, and less expensive. If a divorce is in your future, here’s how you can make it as healthy as possible.

Don’t Use the Word “Divorce” Lightly

A divorce is a major decision. It’s not a word you should randomly throw around in a fight. It’s a major process that will affect the rest of your life, so make sure you really want one before starting the process. Is there anything else you can do to save your marriage? You don’t want to have any regrets later on.

Think About Your Children

Many couples stay together for their children, but this isn’t really the best course of action. Children are smart. They tend to know when their parents aren’t getting along. Children don’t need an environment filled with yelling, negativity, and hatred. Instead, opt for a harmonious environment. A divorce can provide that. Children are resilient; they’ll get over it in time.

Leave Your Feelings Aside

When divorcing, think about the best interests of your children. Do they need to hear you badmouthing the other parent? No. It’s not beneficial to them at all. If you have something to say, keep it to yourself.

When negotiating various elements of the divorce, think about what is truly important to you and focus on that. You can’t win all the battles, so agree to disagree. Be civilized and focus on cooperation rather than negativity and revenge.

Life happens. Things aren’t going to go smoothly. Don’t get too caught up in deviations from the custody schedule. Sometimes schedule changes need to be made and while it can be frustrating, try to go with the flow and don’t get too worked up over it.

Even in a healthy divorce, ending a marriage is still hard. Make sure you have friends and family members that you can vent to when you’re having a rough day. Join a support group. Hire a therapist. Get a dog or cat. Find ways to get through the day.

A divorce doesn’t have to be a nasty battle full of yelling and badmouthing. If you plan to divorce, make it as healthy as possible.

Fort Lauderdale divorce lawyer Edward J. Jennings, P.A. can help. We focus on compassionate and effective representation. Schedule a consultation by filling out the online form or calling 954-764-4330.