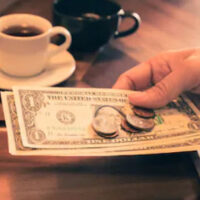 Many people work long hours, only to not get paid the money they deserve. They are not paid for all the hours they work. They are paid below minimum wage. Their earned tips are stolen by their managers.

This is called wage theft, a common practice in the restaurant industry, from fast food places to fine dining restaurants. Between 2010 and 2012, the Department of Labor investigated numerous restaurants for various issues. Of those, 84% had violated labor standards. This means that most restaurants are likely engaging in illegal wage reduction activities and getting away with it.

Wage theft results in millions of lost dollars every year. Any employee who is not getting paid per laws and employer agreement should contact a lawyer and seek legal action. There are many types of wage theft that employees should be aware of..

In the restaurant industry, most of a person’s income is from tips. Bartenders and waiters are the ones who typically receive the tips. However, some restaurants want to be fair and make it so everyone — such as cooks and dishwashers — receive tips as well. Therefore, they force the tipped employees to share their tips with non-tipped employees and form a pool.  This makes it unfair to the ones who earned their tips. This is called tip skimming and it is illegal.

Restaurants sometimes do not pay overtime when an employee works more than 40 hours per week. In these situations, workers are entitled to pay equal to time-and-a-half. They also may not pay a worker for the time spent opening and closing a restaurant. This unpaid time adds up.

Restaurant workers also get shafted when they do not get breaks during their shift.  While Florida does not legally mandate that employers provide breaks, they should as a matter of workplace efficiency. Also, when a worker is given a break (between 5 and 20 minutes), they must be compensated for it. An employee should not be ordered to clock out during a break period.

All employees should be paid per their agreements with their employers as well as based on state and local laws. This means employees should earn at least minimum wage and get paid overtime.

If you are facing a wage dispute with your employer, take action right away to protect your legal rights. Seek legal help from Fort Lauderdale business litigation lawyer Edward J. Jennings, P.A. He can represent you in court if necessary. To schedule a consultation, calling 954-764-4330 or fill out the online form.