What Is Age Discrimination In The Workplace? 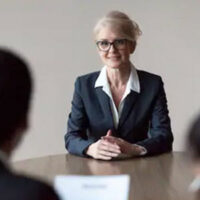 It’s no secret that some employers prefer younger workers. Older workers can be set in their ways. They may be unwilling to learn new skills or technology. If they have been with the company for a long time, they may be earning some of the company’s highest salaries.

When Does the ADEA Apply?

Harassment against a person over the age of 40 is also illegal. While the law does not penalize sporadic teasing, it does make it illegal for a person to make offensive or derogatory remarks about someone else’s age. When the harassment is so frequent or severe that it creates a hostile work environment, it is considered illegal. The harasser can be a supervisor, co-worker, or customer.

Here are some ways in which an employer may be engaging in age discrimination:

Employers should hire, fire, and make other employment decisions based on a person’s skills and qualifications, not their age. An employer that discriminates or harasses employees based on age can be sued and forced to pay damages.

Fort Lauderdale business litigation lawyer Edward J. Jennings, P.A. can handle a wide range of employment disputes, including those involving discrimination. To schedule a consultation with our office, fill out the online form or call 954-764-4330.