What We Can Learn From Celebrity Estate Planning Mistakes 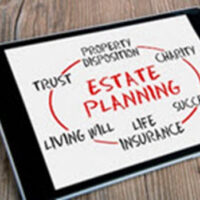 Estate planning is not just something that the rich and famous do. In fact, sometimes our favorite celebrities — who have significant financial resources — don’t have any wills or trusts in place upon their death. This lack of planning can lead to contention and even probate litigation.

The world was shocked by the sudden death of NBA legend Kobe Bryant. The All-Star basketball player died in a helicopter crash in January 2020, along with his daughter and seven other people. While Bryant did have an estate plan in place at the time of his death, it was not properly updated. His youngest daughter, Capri, was not mentioned in his estate plan, as she was just 6 months old at the time of his death.

Another issue was that Bryant failed to mention his mother-in-law in his estate plan. She claimed that Bryant promised to take care of her financially in the event of his death. While he may have made that promise verbally, nothing was written down. So in order to get her share of the Bryant estate, the 68-year-old woman filed a lawsuit asking for back pay as Bryant’s unpaid assistant.

Bryant’s widow, Vanessa, is denouncing the lawsuit, which is from her own mother.  She claims that her mother was never an unpaid assistant. Instead, she lived with the couple rent-free and occasionally babysat her grandchildren. Vanessa also claims that Kobe never promised her mother anything. The lawsuit is asking for $96 an hour for 12-hour days for 18 years. Had Bryant made good on his promise in his trust, this litigation could have been avoided.

Another celebrity who made major estate planning mistakes was Zappos CEO Tony Hsieh, who died in November 2020 from smoke inhalation caused by a house fire. The 46-year-old man was worth $850 million at the time of his death, but he died without a will. Under Nevada law, his fortune would pass to his parents, since he was unmarried and had no children. The biggest challenge, however, was identifying his assets, since he left sticky notes about business deals all over his Utah mansion. Plus, he often bought homes for friends and family members, so it is unknown if these could be considered gifts or investments. The probate court is being tasked with settling all his assets and this could take several years. Had everything been outlined in estate planning documents, the task of settling assets would be much easier.

Estate planning is not a one-time deal. Wills, trusts and other estate planning documents need to be updated regularly, as life changes. When family members are born and others die, beneficiaries should be updated accordingly. Plus, everything should be written down — never rely on verbal agreements.

Fort Lauderdale probate litigation lawyer Edward J. Jennings, P.A. can assess your estate planning documents and ensure that everything is in order in the event of your death. Make sure your final wishes are carried out. Schedule a consultation today by filling out the online form or calling 954-764-4330.