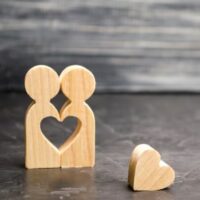 It’s pretty easy to know the signs of physical abuse in a marriage. Your spouse may hit, push, slap, or kick you. They may throw things at you or threaten you with weapons.

But when it comes to verbal abuse, things aren’t always so clear. Physical abuse is seen as the gold standard for abuse, so when it doesn’t reach that far, people are skeptical. Are they being abused?

Verbal abuse is all about control, and when the victim is so blinded by the relationship, they fail to see the signs. The signs may have been there even before they got married but they failed to identify it. In any case, verbal abuse is never acceptable and while it may not cause scars, it does cause psychological damage.

While some people are able to quickly identify verbal abuse, many are constantly living with it and don’t even know it. Or maybe they know, but are staying for various reasons. But why?

They Don’t Know It

Many people are abused their entire lives — since childhood — so they don’t know anything different. They may have grown up in a household where they were always yelled at or criticized. They may have been constantly picked on or gaslighted. They think this behavior is normal, so they don’t know anything different. This means they often seek out romantic relationships with people who treat them the same way, allowing the verbal abuse to continue in their lives.

In most relationships, there are good times and bad times. When times are good, people often get their hopes up, thinking that the good behavior will continue. They consider the bad times to be just a glitch or flareup, not a constant.

They Believe What the Abuser Says

If a victim believes what the abuser says, then it’s not really abuse, right? This is especially true when the abuser says that they are “just joking” or perhaps the victim is just “too sensitive.” Victims start to believe what is being said about them when the verbal abuse becomes normalized.

They Don’t Want to Believe It

Some people are so in love or so unwilling to leave the relationship that they may be aware of the abuse to some extent but they don’t really want to believe it. Their friends, family, and even their therapist may even tell them that what they are dealing with is in fact verbal abuse, but they’re too scared to admit it. They become in denial and simply believe the abuse will go away on its own.

Verbal abuse is not always easy to recognize. Because of this, many people stay in toxic relationships much longer than they should.

Know the signs of a verbally abusive relationship and get out now. Fort Lauderdale divorce lawyer Edward J. Jennings, P.A. can help. Fill out the online form or call 954-764-4330 to schedule a consultation.