Five Surprising Reasons a Parent May Lose Custody in Florida 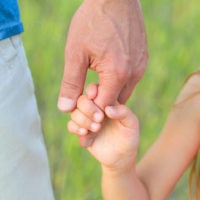 Child custody is never set in stone, and if one parent does something that puts the child in danger, the Florida courts will revoke custody without a second’s thought. Of course, the courts will need to hear both sides of the story and see substantial evidence, but if the findings back the claims of a concerned parent, the judge will take measures to ensure that the child is rarely, if ever, in the harmful parent’s care. That being said, a parent must do something pretty drastic to have custody revoked. From abusing the child to repeatedly violating the terms of the current child custody agreement, there are several ways in which a person can lose custody of his or her child. This post outlines five of them.

At the office of Edward J. Jennings, P.A., our goal is the same as the courts—to ensure that your child is in the best situation possible, and that his or her emotional and physical wellbeing is not at stake. If you suspect that your child’s other parent is guilty of harming your child in anyway—whether directly or indirectly—contact our Fort Lauderdale child custody attorneys right away. We can help you do what it takes to modify your custody agreement and get your child out of a dangerous environment.

Below are five surprising reasons a parent may lose custody in Florida:

In Florida, there are several things that may make a parent unfit. According to Florida Statute 751.05, in order for a parent to be found unfit, they must have abused, neglected, or abandoned the child. A parent may also be found “unfit” if they have a recent or long-standing history of drug abuse or mental illness. Though person with a drug addiction or mental illness is not necessarily a bad parent, the courts are generally not willing to risk placing a child in the care of someone who is prone to erratic, and possibly dangerous, behaviors.

Abuse is one of the number one reasons that parents lose custody of their child in the state of Florida, which is why the courts do not look lightly on those who make false accusations. A false allegation of abuse can be hurtful to both the child and the parent being accused, as every allegation is met with a temporary order barring the accused from seeing the child and a thorough investigation. If one parent puts his or her child and ex through that knowing that the allegation is false, the courts would deem them mentally unfit to parent and revoke custody from them.

Living in an Unsafe Home

Believe it or not, but where a parent lives could affect how much, if any, custody they receive. If a parent lives in a neighborhood that is prone to crime, in a building that has been routinely cited for health and safety hazards, or in a building or home that is not up to code, the courts may decide that the child is better off living full time with the other parent. Fortunately, all the other parent would be required to do to regain custodial rights is move to a safer location.

In addition to living in an unsafe area, the courts are concerned with how sanitary a parent keeps his or her living space. If an individual allows their home to get into such a state of filth that the home has black mold, vermin, or other health hazards, the courts may revoke custody on a temporary basis with orders that the parent clean up their living quarters or risk losing custody permanently. Allowing a child to live in a dirty home is a form of neglect, and neglect is one of the main reasons courts revoke custody.

Talking Bad About the Other Parent

“Parental alienation” is when one parent attempts to alienate the child from his or her other parent. One may do this by talking bad about the other parent in front of the child, attempting to promote anger in the child towards the other parent, or refusing to co-parent reasonably. Though parental alienation can come in many forms, it almost always involves the purposeful manipulation of the child’s feelings towards one parent or the other. As co-parents, individuals are responsible for ensuring a healthy and ongoing relationship between the child and both parties, despite their feelings for one another. If one parent cannot uphold their end of the agreement, the courts may decide that he or she is unfit to parent.

When in Doubt, Work With an Experienced Fort Lauderdale Child Custody Lawyer

If you suspect that your child’s emotional or physical well-being is at stake when he or she is with the other parent, do not attempt to remedy the situation on your own, as that may only serve to hurt your own case. Instead, retain the help of a skilled Fort Lauderdale child custody attorney. A lawyer can help you file a petition for temporary orders until a judge can hear your case and resolve the situation for good. Schedule an appointment with Edward J. Jennings, P.A., today to get started.