How Reports of Abuse or Alienation Can Affect Child Custody 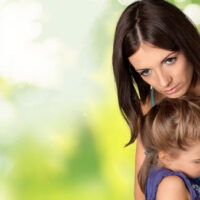 When child custody comes to mind, you probably think that the women are the ones who always get custody of the children in a divorce. This is actually a common misconception. Things have changed on the child custody front in recent years because judges and courts are tired of dealing with false allegations from mothers claiming that the father has been abusive. In many cases, these allegations are untrue. There have also been cases of alienation, in which the mother pits the child against the father, making the mother look like the better parent.

While these behaviors are unfair to the father, sometimes the father is abusive toward the children. In these cases, of course the mother should do what she can to prove to the court that she is in fact the better parent. After all, the goal of most parents is to protect their child. So why are courts making the mother out to be the bad person in a custody case?

New research shows that fathers—not mothers—are being favored in child custody cases. Shockingly, this is true even in cases where the father has been accused of abuse by the child. In fact, when the child or mother claims abuse by the father, the court believes just 1 in 51 of these claims. Even more shocking is that every year in the United States, close to 58,000 children are given custody to an abusive parent. If the courts are supposed to look at the best interests of the child when determining child custody, why is this happening at such an alarming rate? How is being with an abusive parent in the child’s best interest?

One thing is for sure: changes need to be made to protect children in this country.  The House of Representatives tried to make some changes. It passed a resolution that stated that courts should resolve abuse or domestic violence allegations before determining child custody. This would have involved evidence and expert court witnesses. Unfortunately, this resolution died in the Senate.

Parental alienation is another issue that judges face. It is not uncommon for one parent to lie to their child about the other parent to paint them in a negative light. This is done through blame, false accusations and negative comments. This happens a lot in child custody cases, with the mother the one usually engaging in the alienation. This has prevented many fathers from being awarded child custody over the years, and judges are now taking a different stance on it. When they see that the mother is trying to alienate the child against their father, mother are twice as likely to lose custody.

The courts look at the best interests of the child when determining child custody, but sometimes they get it wrong. Abuse is a serious concern and children should not be placed with parents who can cause them physical or emotional harm.

If you are fighting for child custody, Fort Lauderdale divorce attorney Edward J. Jennings, P.A. can guide you through the process and find evidence to support your case.  Schedule a consultation today. Call  954-764-4330 or fill out the online form.